U.S. markets continued to experience pressure and volatility in the third quarter as investors digested the effects of tightening financial conditions across the globe. By mid-August, the S&P 500 was up nearly 15% quarter-to-date but gave up those gains and then some over the following six weeks. This is the second largest intra-quarter gain the S&P 500 has backpedaled from to end with a loss in its history.

In response to the continued presence of elevated inflation in the U.S., the Federal Reserve raised its benchmark interest rate by 75 basis points in both July and August to reach its current range of 3.00–3.25%. While some economic indicators offered reason for optimism, such as lower commodity prices and better than expected consumer confidence, unemployment remains resilient at below 4% and the latest inflation report for August came in at over 8% year-over-year. Fed Chairman Jerome Powell and various other members of the Federal Open Market Committee reiterated their commitment to reigning in inflation, even if that risks economic hardship. At the Jackson Hole Symposium in August, Powell stated, “While higher interest rates, slower growth, and softer labor market conditions will bring down inflation, they will also bring some pain to households and businesses.” In addition, the Federal Reserve’s quantitative tightening program proceeded on schedule and accelerated from $47.5 billion to $95 billion per month in September.

We believe environments like this are when active managers, such as ourselves, get to create the most value for our shareholders. Through our disciplined process and philosophy, we aim to see through the clouds of short-term macro events and identify businesses that have had their share prices unfairly penalized. Rather than try to time the market, which, in our opinion, is a fool’s errand, we use times of volatility to reposition our portfolios for long-term success.

Top Performers:
Charles Schwab’s share price soared from an upbeat outlook in late July, which was a 10% increase to its quarterly dividend to $0.22, and the authorization of a new $15 billion share repurchase authorization. Although Charles Schwab’s client assets declined 13% sequentially in the second quarter due to weak markets, we appreciated that flows remained strong, achieving 6% organic growth excluding typical tax season outflows. Net interest margins increased 16 basis points sequentially, driving 31% net interest income growth this quarter. Good expense control led to over 500 basis points of margin expansion and record net income. Management expressed confidence in growth prospects for the core underlying business, and we came away impressed with metrics around new account openings, transfers of assets from competitors and the registered investment advisor pipeline. In our view, increasing net interest margins will more than offset cash sorting over the next few quarters, and management guided to continued progress in reducing expenses as a percentage of assets.

Second-quarter results from Netflix were solid, in our assessment, and largely better than investors had expected. Although the company lost roughly one million global streaming subscribers, the loss was only about half of what management had projected. Revenue in constant currency rose 13% year-over-year and management projects third-quarter revenue will rise by 12% in constant currency. Margins are tracking slightly ahead of prior guidance adjusted for currency impacts. Viewer engagement, which we see as a key metric, remains strong. In the U.S., Netflix had as much viewing time in the 2021-22 season as the top two cable networks combined (CBS and NBC) and total share of TV time reached a record in June, according to Nielsen. Management stated that progress is being made on the company’s advertising and password sharing initiatives. Cash content costs for the next two to three years are expected to be unchanged at roughly $17 billion as Netflix continues to invest in high-quality content creation. Management forecasts the net addition of one million global streaming subscribers in the third quarter, and we remain pleased with the company’s fundamental performance.

In our assessment, Fiserv delivered good second-quarter earnings results in July, including 12% organic revenue growth that remained ahead of analysts’ estimates. We appreciate that each segment performed well, led by the merchant acquiring business, which achieved 17% organic growth. In addition, the fintech segment grew 7%, and the payments and networks division accelerated to 8%. Despite a challenging inflationary environment that pressured margins, Fiserv anticipates a recovery in the second half of the year and also increased its 2022 organic revenue guidance. In our view, Fiserv is benefiting from the continued secular shift toward electronic payments and digital banking. We think the mission-critical nature of Fiserv’s products and its positive track record in down markets gives us confidence in the company’s ability to withstand today’s headwinds and thrive into the future. We believe the company has been unfairly penalized by the market as “buy now pay later” and other payments companies have seen their multiples compressed. We see this as an attractive opportunity based on our belief that it is a solid business with an attainable path to healthy growth.

Oracle issued another good quarterly set of results, by our measure. Compared with last year, fiscal first-quarter total revenue rose 23% in constant currency (which exceeded the high end of management’s guidance) and organic revenue grew 8% (excluding effects from the Cerner merger). According to CEO Safra Catz, the revenue rise was driven by the company’s applications and infrastructure cloud businesses, which are growing. Applications revenue advanced 12% (ex-Cerner) and infrastructure cloud revenue increased 7% (both in constant currency), and these two businesses now account for over 30% of Oracle’s total revenue. However, while total first-quarter revenue surpassed market projections, earnings per share fell short of expectations. In addition, second-quarter earnings per share guidance was light of market forecasts, and management stated that currency effects would pose a negative impact of at least $0.07 per share, which investors may have found concerning. We believe that Oracle’s business can continue to strengthen, despite some near-term challenges.

During the quarter, we initiated positions in Capital One Financial, ConocoPhillips, Oracle and Salesforce. We eliminated Citigroup, Keurig Dr Pepper, Mastercard and NOV from the portfolio.

The specific securities identified and described in this report do not represent all the securities purchased, sold, or recommended to advisory clients. There is no assurance that any securities discussed herein will remain in an account’s portfolio at the time one receives this report or that securities sold have not been repurchased. It should not be assumed that any of the securities, transactions, or holdings discussed herein were or will prove to be profitable. Holdings are representative of Harris Associates L.P.’s Concentrated Value Equity composite as of 09/30/2022. 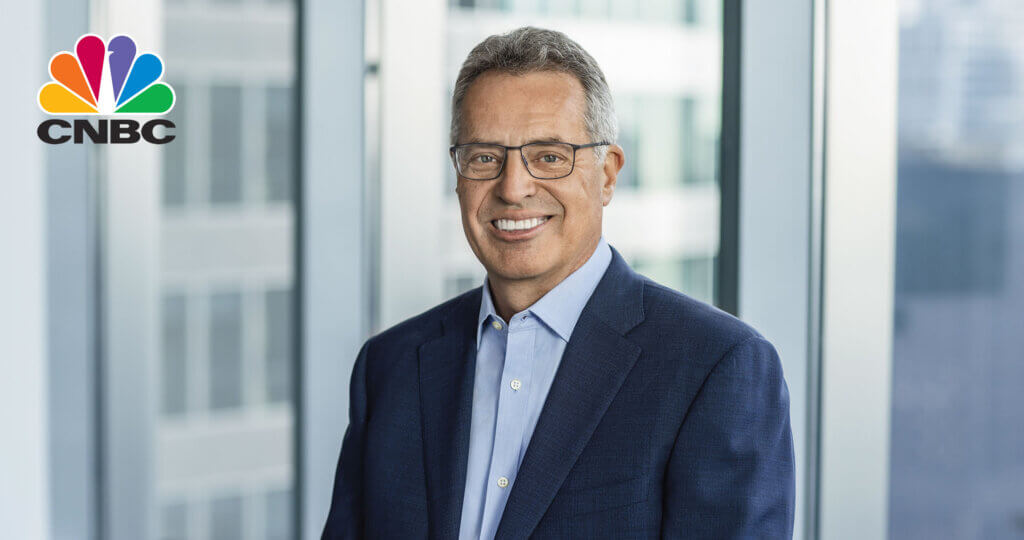 Portfolio Manager Bill Nygren spoke about the firm’s long-term outlook and where he sees opportunity in the market on CNBC’s “Squawk on the Street.” 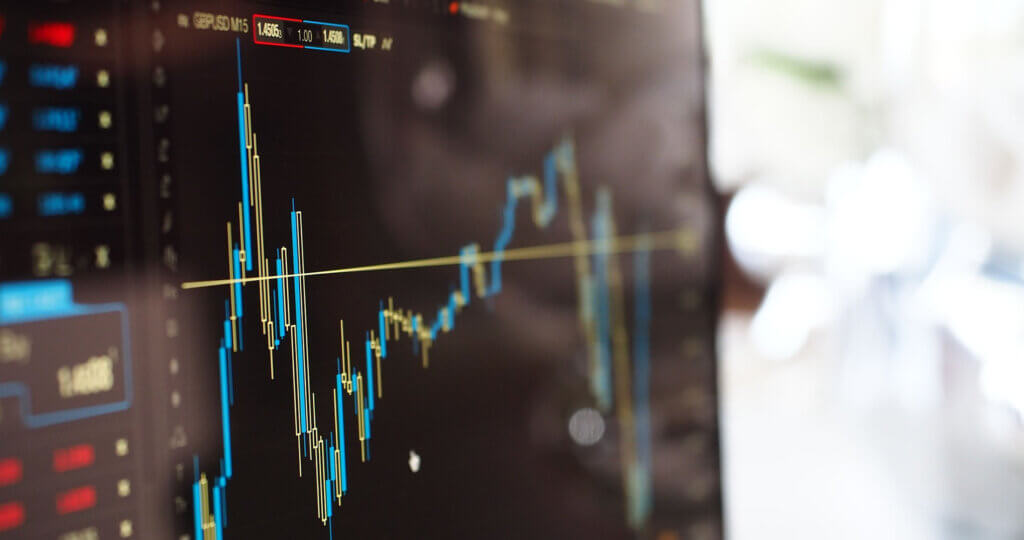 Three quarters of the way through the seeming “decade” that is 2020, unpredictability seems to be a persistent attribute. Whether it be market performance,... 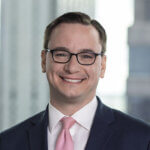 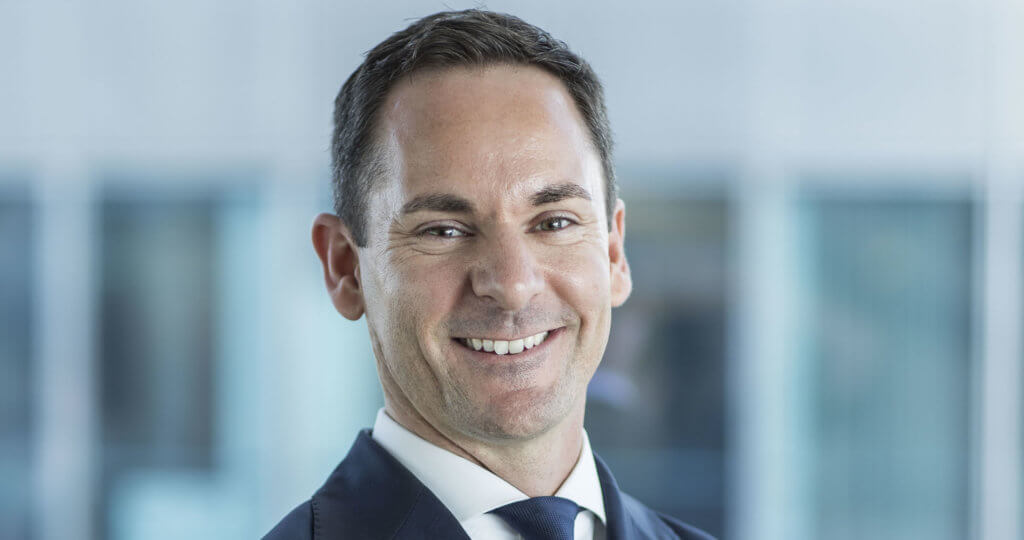 Client Portfolio Manager Daniel Nicholas reflects on time-honored rituals at Oakmark that illustrate that what has made the Oakmark Fund successful since its founding...